It appears that your cart is currently empty!

On the Importance of Mothering the Mother

Becoming a Mother is something so big that words usually fail me as I try to express it all. Every feeling packed into a cyclical well of emotion with layers of our past, our lineage, our own birth stories as well as those of our babies. I have had two births. I have two daughters aged 7 and 1. Each pregnancy and birth had so many different lessons for me to push up against and from which to learn.

The birth of my first daughter, Jemima, did not go as I had wanted. I had planned a birth center birth with midwives and due to meconium in the amniotic fluid (she pooped) we transferred to the hospital when I was 10 cm dilated and my water broken. That car ride was a living hell. I was trying with all of my might to escape my body. To not be where I was. By the time I got to the hospital I was screaming for drugs. They finally gave me some 6 hours later after pushing and having the Dr. try to pull her out of me. I felt ravaged and traumatized. The “natural” birth I had been coached on and so wanted was being respected by all of the people in the room. But I had changed my mind and nobody was listening. I felt unseen and unheard. Traumatized. But after they put her on my chest and she started nursing it all felt perfect and in order.

Cut to a year and a half later when I crashed and realized that all was not right.

Cut to a year and a half later when I crashed and realized that all was not right. I had struggled with postpartum anxiety, barely slept, barely ate. I carried on because I thought all of what I was going through was normal. My husband went back to work the day after her birth. He is in the film business and the pressure was on. I adored my baby but I suffered. I loved being a mom. But I did not respect my process nor did I ask for help. It took a handful of years and a lot of money, healers, therapy, inner work, meditation, proper nutrition, blood work, etc. for me to come back to being whole. 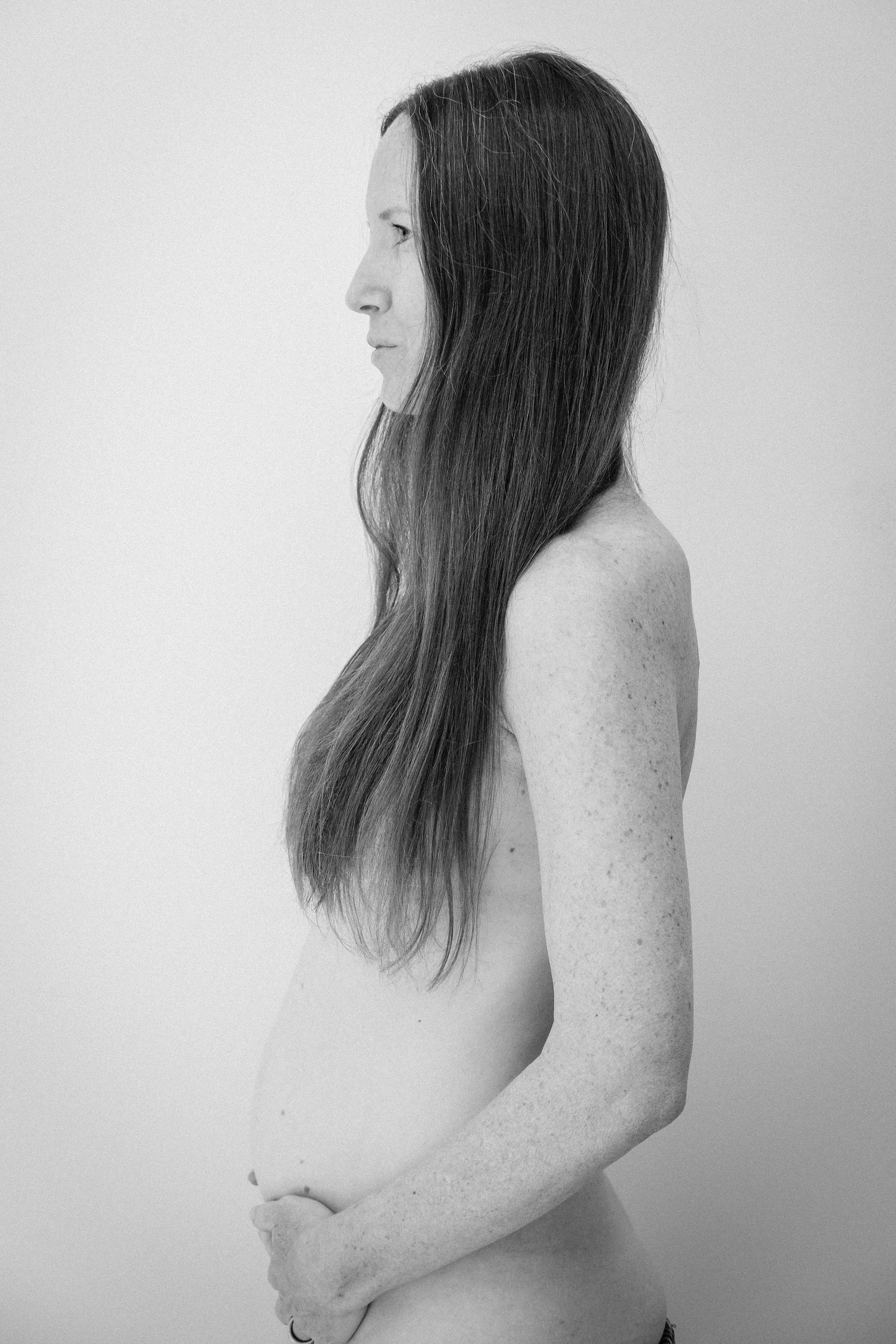 After this journey I knew that I was being called to help women thrive not just survive. I became a prenatal yoga teacher and soon made my way to becoming a postpartum doula.

Almost 6 years later when I gave birth to my second daughter, Goldy Wolf. My dream of dreams homebirth came true. For most of the time in between the girls, I was 100% sure that I did not want another kid. In fact, I had a #oneanddone hashtag. I would get so offended when people would constantly ask me when I was having another one and wasn’t it kind of selfish to have an only child..?! I was an only child and for the most part loved it. People’s feedback is so frustrating when it comes to fertility, pregnancy, postpartum. There is a lot of unconscious sharing because they often themselves did not have the care or respect that they so needed. I conceived Goldy Wolf on my 7 year wedding anniversary and she was not planned. We were elated when I found out I was pregnant with her, and very shocked.

For most of the time in between the girls, I was 100% sure that I did not want another kid. In fact, I had a #oneanddone hashtag.

However, I had had a connection with a baby girl for about 3-4 years up until this point. I had communicated with her. And I of course fantasized about my home birth. I wasn’t sure if I was going to have her this lifetime or if she was a guide. But this baby girl was Goldy, and she came in strong and fast.

I was so determined to do things differently this time around now that I knew better. Now that I was steeped in the birth world, I had so many amazing women in my life that I knew would be game changers throughout my journey. I wasn’t sick everyday like the first time so I diligently walked 3-5 miles almost every day of my pregnancy. I was vegan and ate treats and whatever my body craved. I never weighed myself. I ate freely and exercised freely and felt fabulous in my body. I went inside. I did not go to yoga classes, I did not read books, I studied my Self. I practiced very slow ashtanga yoga in silence. I didn’t share a lot. I went deeper into my inner knowing than ever before. I had learned to respect and trust myself. I knew that if I had to transfer to the hospital I would be met with the loving arms of my new OB.

And I also knew that I needed to find the mind of a warrior. So that is what I did. Davi Khalsa was my midwife and she is a Queen from another realm. She is spiritual and tough and honest and uses the F word. She helped my husband and me get into warrior mode. She helped empower him to help me birth my baby if she didn’t arrive in time. She did, thank Spirit, but he did catch her as she was born en caul (inside the still intact amniotic sack) as I birthed her on our bed. This birth was amazing. And the fucking hardest thing I’d ever done. And I’d like to add that I ran a marathon with a busted knee and that was nothing compared to this few hours of unmedicated birth. I literally surrendered to my death. It felt that big. That real. And when I surrendered finally, I pushed my baby out. I will never be as proud of myself as I was then. Nobody can ever take that away from me. A new level of fearlessness has taken residence in my body. I also knew that as much as I had prepared and meditated on and manifested for this outcome, birth is birth and is a mystery. I had to let go of the outcome and trust the process.

I will never be as proud of myself as I was then. Nobody can ever take that away from me.

That is one of the things I want to share with every woman. Do the work to get what you want but then have the bravery to surrender to whatever is. Pregnancy is an incredible time in your life to lift up the veil and dive deep into truly knowing yourself. If you so chose. Or you can chose not to.

No woman gets through conception, pregnancy, birth and postpartum unscathed. There will always be a big life lesson. Because becoming a mother IS a death and rebirth of Self. It is intended to be that. Create the best support team that you can and then focus on making yourself the captain of that team. You and your baby will be the ones doing the work. Everyone else is support staff.

That is one of the things I want to share with every woman. Do the work to get what you want but then have the bravery to surrender to whatever is.

I am grateful that I had two such different births. I am grateful for the hard lessons that I have learned. They made me who I am today and helped me to be of greater service to the women in my community. 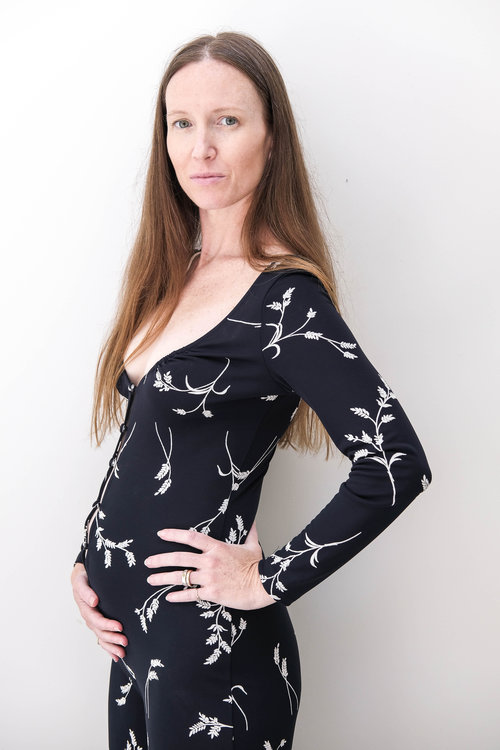 Back to Inspiration and Advice